Too often in recent years, corporations have come out on top in any dispute or issue that has pitted them against their workers. Even more distressing, laws that were supposed to guard the rights of working people, like the National Labor Relations Act (NLRA), have been ineffective at shifting the balance of power back in favor of workers. However, a new bill has been introduced in Congress to remedy some of the inequality – H.R. 2474, the Protecting the Right to Organize (PRO) Act. The PRO Act would strengthen important workers rights as well as add some needed teeth to the NLRA.

The PRO Act has 218 sponsors and strong support in the House of Representatives, but the support of working people is still crucial. Please take a few minutes to call your Representative at the number on this flyer. Ask them if they support the Pro Act, and whether they will vote for it. You can also write to your representative using this AFL-CIO link.

Employers have been able to violate the National Labor Relations Act without facing any repercussions for much too long now. They routinely deny workers our basic right to join with co-workers for fairness on the job. As a result, the collective strength of working people to negotiate for better pay and benefits has eroded and income inequality has reached levels that predate the Great Depression. 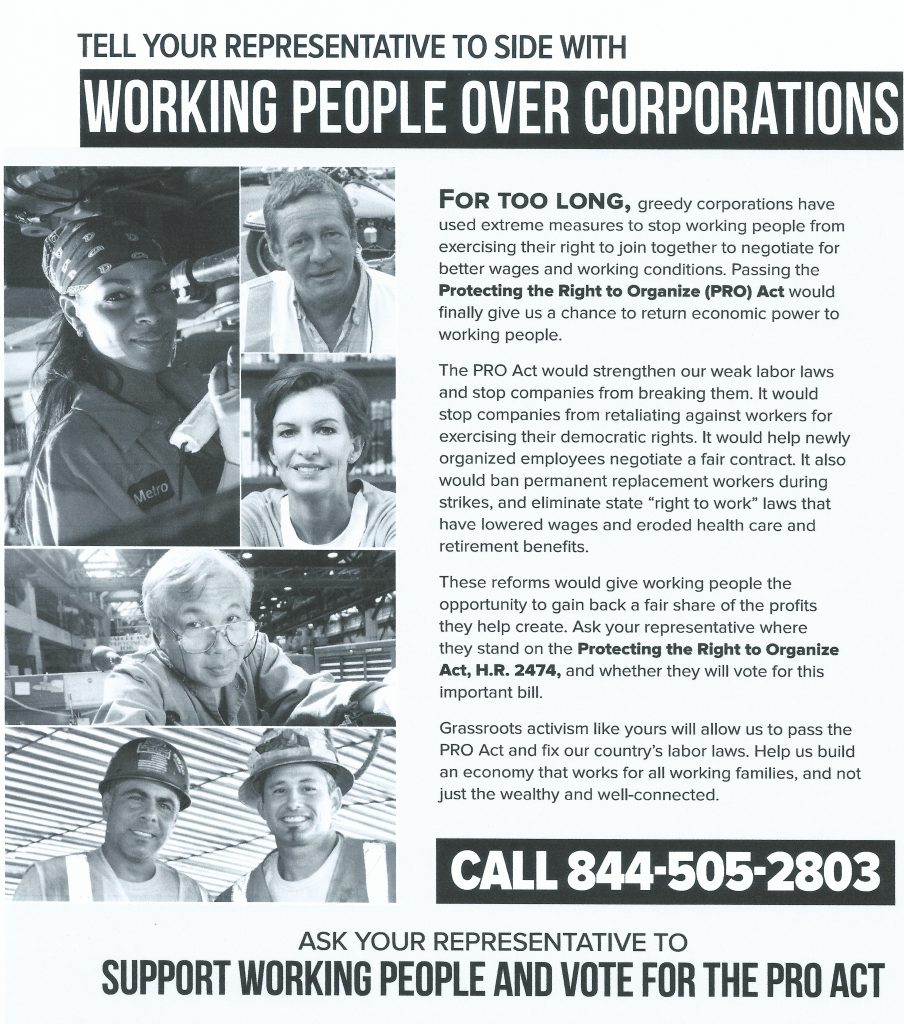 According to an article in The Washington Post on January 29, 2020, “this bill would give the National Labor Relations Board, which enforces federal labor law, new power to force companies to pay up to $50,000 per violation. It would also award (compensation to workers) for the damages they experience when they are retaliated against, not just back pay, as they are currently entitled to.”

The Post article outlines other crucial worker protections in the PRO Act, including

The Protecting the Right to Organize (PRO) Act has been introduced to strengthen workers’ rights. PLEASE contact your U.S. Representative about this important bill today.