AFL-CIO Union Night at Oriole Park at Camden Yard are now available for purchase at the Baltimore hall. Come on out and enjoy an evening at the ballpark with members of the many unions affiliated with the Baltimore Metro Council.

Whether you’re already financially savvy or looking to be more informed- why not take advantage of this opportunity for your financial future? You can register via IBEW LU 24 Labor Power App or the Labor Power website at https://ibew24.workingsystems.com/. The link to Register is in the “Announcement Section” on both the App and Website.

Instructions for our Labor Power app can be found here.

The NDERA was established more than a year ago in the early days of the Covid-19 pandemic. Leaders from the IBEW and NECA recognized the need for our members to have decision-making capacity to protect their health during a worldwide pandemic, and our contractors’ need to have greater flexibility to protect their business as the economy suffered.

Now that greater numbers of Americans are getting vaccinated every day and our lives are moving toward a “new normal”, both parties agree that it will soon be time to suspend the NDERA. Therefore, earlier this week the IBEW and NECA agreed to suspend the agreement as of June 1, 2021. A copy of the signed agreement is below.

Below you will find excerpts pulled directly from The Biden Administration’s March 31 Fact Sheet on The American Jobs Plan.

The American Jobs Plan is an investment in America that will create millions of good jobs, rebuild our country’s infrastructure, and position the United States to out-compete China. Public domestic investment as a share of the economy has fallen by more than40 percent since the 1960s. The American Jobs Plan will invest in America in a way we have not invested since we built the interstate highways and won the Space Race.

The United States of America is the wealthiest country in the world, yet we rank 13th when it comes to the overall quality of our infrastructure. After decades of disinvestment, our roads, bridges, and water systems are crumbling. Our electric grid is vulnerable to catastrophic outages. Too many lack access to affordable, high-speed Internet and to quality housing. The past year has led to job losses and threatened economic security, eroding more than 30 years of progress in women’s labor force participation. It has unmasked the fragility of our caregiving infrastructure. And, our nation is falling behind its biggest competitors on research and development (R&D),manufacturing, and training. It has never been more important for us to invest in strengthening our infrastructure and competitiveness, and in creating the good-paying, union jobs of the future.

Fix highways, rebuild bridges, upgrade ports, airports and transit systems.
The President’s plan will modernize 20,000 miles of highways, roads, and main-streets. It will fix the ten most economically significant bridges in the country in need of reconstruction. It also will repair the worst 10,000 smaller bridges, providing critical linkages to communities. And, it will replace thousands of buses and railcars, repair hundreds of stations, renew airports, and expand transit and rail into new communities.

Deliver clean drinking water, a renewed electric grid, and high-speed broadband to all Americans.
President Biden’s plan will eliminate all lead pipes and service lines in our drinking water systems, improving the health of our country’s children and communities of color. It will put hundreds of thousands of people to work laying thousands of miles of transmission lines and capping hundreds of thousands of orphan oil and gas wells and abandoned mines. And, it will bring affordable, reliable, high-speed broadband to every American, including the more than 35 percent of rural Americans who lack access to broadband at minimally acceptable speeds.

Solidify the infrastructure of our care economy by creating jobs and raising wages and benefits for essential home care workers.
These workers – the majority of whom are women of color – have been underpaid and undervalued for too long. The President’s plan makes substantial investments in the infrastructure of our care economy, starting by creating new and better jobs for caregiving workers. His plan will provide home and community-based care for individuals who otherwise would need to wait as many as five years to get the services they badly need.

Revitalize manufacturing, secure U.S. supply chains, invest in R&D, and train Americans for the jobs of the future.
President Biden’s plan will ensure that the best, diverse minds in America are put to work creating the innovations of the future while creating hundreds of thousands of quality jobs today. Our workers will build and make things in every part of America, and they will be trained for well-paying, middle-class jobs.

Create good-quality jobs that pay prevailing wages in safe and healthy workplaces while ensuring workers have a free and fair choice to organize, join a union, and bargain collectively with their employers.
By ensuring that American taxpayers’ dollars benefit working families and their communities, and not multinational corporations or foreign governments, the plan will require that goods and materials are made in America and shipped on U.S.-flag, U.S.-crewed vessels. The plan also will ensure that Americans who have endured systemic discrimination and exclusion for generations finally have a fair shot at obtaining good paying jobs and being part of a union.

THE ENTIRE BIDEN ADMINISTRATION FACT SHEET CAN BE FOUND HERE

Awarded only to IBEW members

The IBEW Founders’ Scholarship honors the dedicated wiremen and linemen who, on November 28, 1891, organized the International Brotherhood of Electrical Workers. Each year the officers of the IBEW are pleased to offer its working members scholarships on a competitive basis. It is hoped that the awards will not only contribute to the personal development of our members but also steward the electrical industry that our founders envisioned.

The award is for $200 per semester credit hour at any accredited college or university toward an associate’s, bachelor’s or postgraduate degree in an approved field. The maximum distribution is $24,000 per person over a period not to exceed eight years. Scholarship application deadline is Saturday, May 1, 2021.

All IBEW members who have been in continuous good standing for four years preceding May 1 of the scholarship year in which they plan to apply are eligible for the IBEW Founders’ Scholarship.

Click here for Rules for Entry and printable application.

Lobbyists in Maryland are trying to take away good paying union jobs. Show your support for these jobs by calling your Legislators now and saying you oppose HB66 and SB148 The Coal Community Transition Act of 2021. Find your representatives and their number at http://mdelect.net/

Thank you to everyone who contributed to the AFL-CIO Holiday fundraiser. Due to your generosity, Community Services was able to provide assistance for hundreds of union families over the past two months. A huge Thank You to brother Blaine Boone from the Local 24 Renew Group who facilitated this years fundraising. 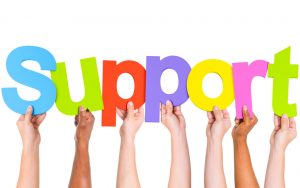 Sometimes, everyday issues are the hardest ones to manage. Our Employee Assistance Program (EAP), SupportLinc can help with the demands that come with balancing home and work. They can provide a wide variety of services, confidentially and at no charge to you. SupportLinc is available 24 hours a day and 365 days of the year by calling 888 881-5462 or on the SupportLinc website with the username mei (for Maryland Electrical Industry). 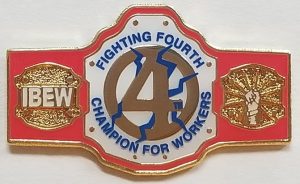 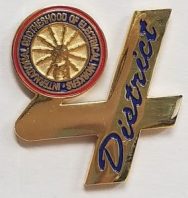