AFL-CIO Union Night at Oriole Park at Camden Yard are now available for purchase at the Baltimore hall. Come on out and enjoy an evening at the ballpark with members of the many unions affiliated with the Baltimore Metro Council.

The excitement was widespread when Under Armour announced its plans to redevelop Port Covington, site of the old Sparrows Point steel mill, to build a distribution center and employ 1000 people. That sort of growth should be good news for Baltimore.

Like many businesses, Under Armour is asking the city of Baltimore for tax incentives for the new distribution center. Local labor unions believe that it is important for everyone to win – businesses when they receive tax breaks and other incentives, AND the city and community when development results in good-paying local jobs and a stronger tax base.

There are still unaddressed issues that can have a significant impact on exactly how good the new Under Armour distribution center will be for the community. For example, will the project be built union? Will the hiring for permanent jobs there be done locally? How much will those jobs pay? Is there enough affordable housing in the area?

Many Local 24 members, along with members of several other union locals affiliated with the Baltimore Metro Council AFL-CIO, met before the Baltimore City Council meeting on September 8, 2016 to remind city officials about these concerns, and to ask the Council members and Mayor to make sure all the issues are addressed before a decision is made. 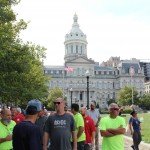 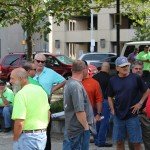 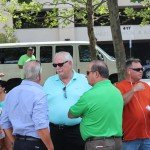 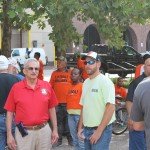 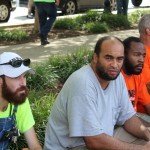 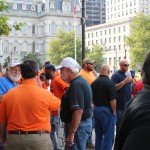 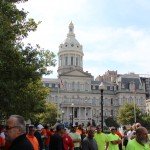 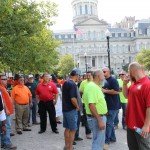 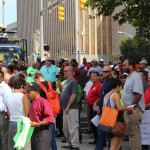 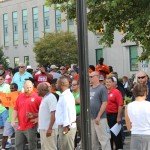 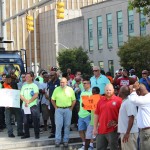 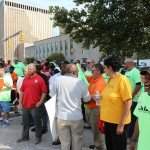 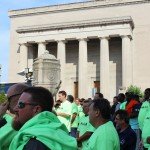 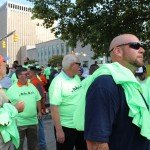 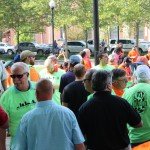 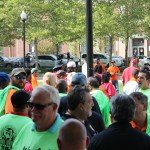 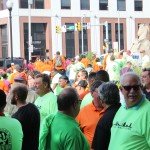