It only takes 5 minutes to click on the link below and tell the U.S. Labor Department not to destroy our apprenticeship program!

The I.B.E.W., along with many other building trade unions, have created apprenticeship programs that produce tradespeople with the best training and most up-to-date technical knowledge in their fields. These programs are registered with, and overseen by, state and federal Labor Departments in order to guarantee that standards remain high and curriculum keeps pace with industry advancement.  Our apprenticeship programs are the key to allowing our union, our contractors and our members to continue to thrive in a healthy and growing electrical industry.

The U.S. Department of Labor (DOL) is finalizing a regulation that will allow companies and industries to establish and recognize their own “apprenticeship programs” that would not be closely monitored and regulated by the DOL. These Industry Recognized Apprenticeship Programs, or IRAPs, are one of the latest examples of allowing the foxes to guard the henhouse. Companies will be free to cut corners and lower standards in the name of increasing their profits.

PLEASE click on the link above and use our quick and easy tool to send a letter to the DOL, telling them that you think IRAPs should be kept out of the construction industry.

The future of our apprenticeship programs
DEPENDS ON YOU! 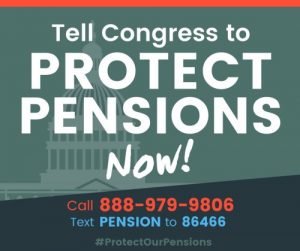 ***IMPORTANT UPDATE***
If you are planning to catch up with us in Annapolis rather than take a bus from the Union Hall,
the location has changed.
MEET ON SOUTHEAST LAWN AT CORNER OF BLADEN & CALVERT ST. ANNAPOLIS, MD 21401

Local 24 IBEW is proud to take part in Union Night in Annapolis, when our members engage with Maryland’s elected officials and express support or opposition for legislation that is being considered by the General Assembly.

Union Night is an annual event organized by the Metro Baltimore Council AFL-CIO and the Baltimore/D.C. Building Trades Union. It brings together members of many unions, both public and private sector.

Check out the flyer below for more information. Local 24 provides buses for transport from the union hall to Lawyer’s Mall. 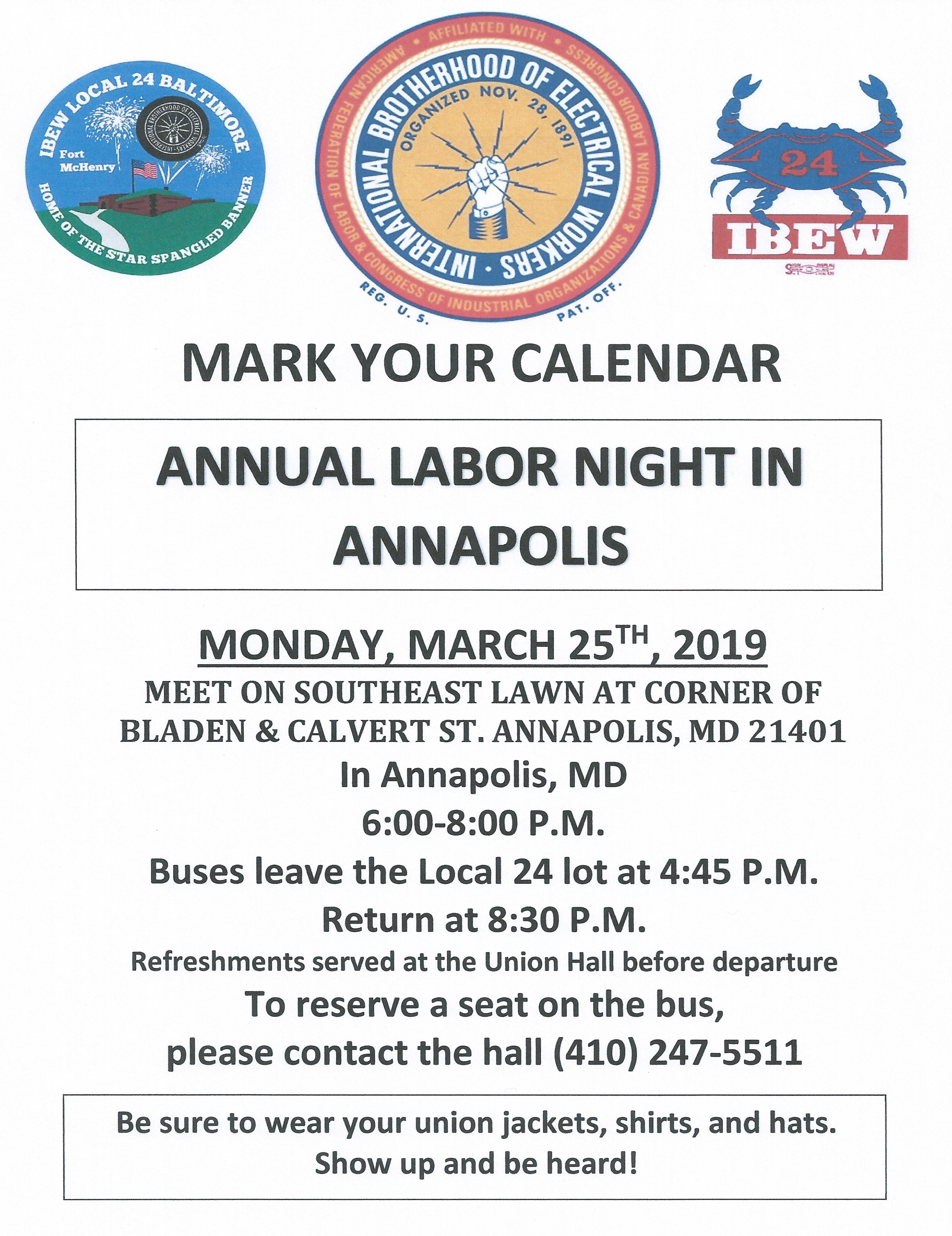 Important information about the attack on our Pensions!

These pensions are considered Multi-Employer Pensions. The NEBF & MEIPF are in good condition (green zone), and there are others that are not (yellow, red, critical and declining status). It is estimated there are 100 or so pensions in trouble, and 1200 that are adequately funded. The U.S. Congress and Senate put together a Joint Select Committee on Multi-Employer Pension Plans in February of 2018 to investigate how to help the troubled plans, and how to help the Pension Benefit Guarantee Corporation (PBGC). The Congressional Budget Office or similar predict the PBGC will be defunct by 2025. We questioned why/how these plans became troubled? The answer we received, “changes in the industry”, Teamsters- deregulation of the trucking industry, Coal miners- shift to clean energy, Baker & Confectionary Workers – automation & plants relocated due to sugar cost.

The early stages of the discussion centered on Democratic Senator Sherrod Brown of Ohio’s proposal of a loan program to help the troubled plans. This is similar to what was done for the auto industry and Wall Street; this would also provide relief for the PBGC. Recently a Republican proposal was put forth designed to raise $3 billion annually out of the “healthy” multiemployer funds, to support participants in “failing” plans. This would force our plans into yellow zone.

IBEW Business Mangers and trustees from around the country were in Washington D.C. on November 28th telling the legislators this is WRONG! We can give hundreds of billions of dollars to bail out corporate America. Why can’t Congress appropriate $3-6 billion to working men and women who elected to take money from their paychecks and fund their pensions in order to retire with dignity!

WHAT MUST WE DO AS MEMBERS AND RETIREES?

WE MUST ACT NOW!

The proposal from the committee is due to Congress by December 1, 2018. It is believed that the Republicans want to insert this in the “Omnibus bill” (the bill that funds the Federal Government for the year) before the Democrats take control of the house.

EVERYONE MUST CALL, EMAIL, or Both the members of the Joint Select Committee on Multi-Employer Pension Plans AND your Senator and Congress member.

“Tell them to keep their hand off your Pension. If they can give a TRILLION dollar tax break to the 1%, they can help the troubled plans.” Remind them that the PEOPLE elect them to the offices they hold not the Corporations. Ask them why they want to burden the healthy plans and force them into insolvency?

Here is a list of the Committee Members phone and web addresses along with a list of Maryland’s Senator and Congress members.

The following information is from the International Office which describes how these changes will affect the NEBF; they will impact The Maryland Plan similarly!

I. New Taxes and Fees on Workers and Retirees

Raise your voice on November 6
…or right now, during Maryland’s early voting period from Oct 25 – Nov 1

Election Day, November 6, is now less than two weeks away. Early voting, however, starts today – and during early voting you can also register to vote on-site if  you have not already done so.

According to the Maryland State Board of Elections website, now individuals who are eligible but not yet registered can register AND vote.

To register and vote during early voting, go to an early voting center (see link below) in the county where you live and bring a document that proves where you live. This document can be your MVA-issued license, ID card, or change of address card, or your paycheck, bank statement, utility bill, or other government document with your name and new address. You will be able to register to vote and vote.

Primary Election Day in Maryland is Tuesday, June 26, 2018. If you aren’t already registered to vote and need to do so, or if you want to change your party affiliation before the Primary, you must do it by Tuesday, June 5.

It is easier than ever to register in Maryland, because you can now register to vote and update your voter registration information online by going to Maryland’s State Board of Elections website. For details about all the options available, click here.

Early Voting will once again be possible in Maryland, for both the Primary and the General Elections. Check out the fact sheet below for important dates and details. 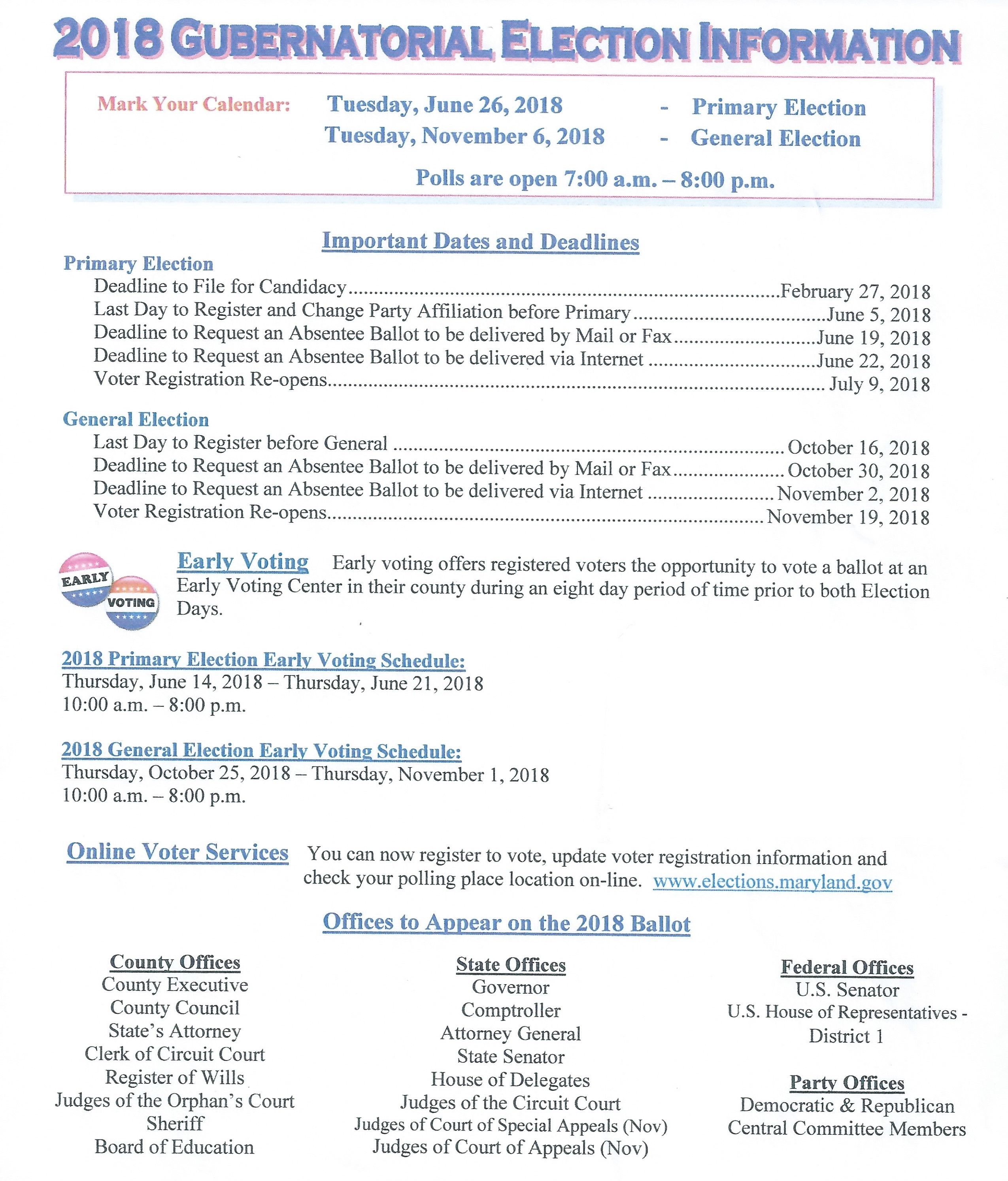 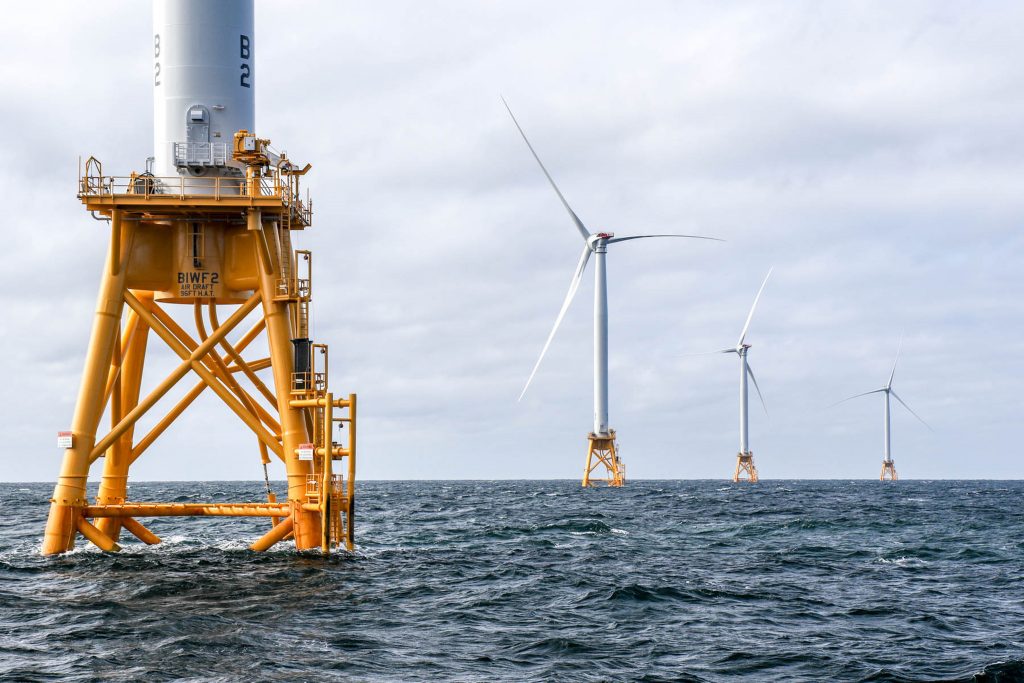 We have an exciting opportunity to bring hundreds of jobs to Maryland through the offshore wind program, including jobs in manufacturing, construction, and engineering.  These jobs will be located throughout the state from the Eastern Shore to Baltimore to Frederick. The offshore wind program also brings multi-million dollar investments in local ports and fabrication facilities.

Today we are asking you to empower our great state to lead the way. This is your opportunity to put politics aside and be a leader in a new energy sector that benefits Maryland in many ways!

What Can You Do?

We need you to tell your state legislature you support offshore wind.  Please go supportmdjobs.com and fill out the petition.  You can do this as a private citizen. Also spread the word- tell your friends and family.  All of our voices need heard.

Stop Senate Bill 1058 and House Bill 1135! This bill will kill the progress we’ve made.

Two bills (Senate Bill  1058 and HB 1135) will be he heard in Annapolis for public hearings for on Tuesday, March 6th before the Senate Finance Committee  and Thursday, March 8th before  the House Economic Matters Committee at 1:00pm.  These two pieces of legislation are identical bills and require that offshore wind projects to be constructed and operated no closer than 26 nautical miles.  This will delay and potentially stop the two Maryland projects approved by the MD Public Service Commission from being built.   You may have seen press on OC’s opposition.

If you have been following the offshore wind market is happening in the United States.  States like MA, NY, and NJ are moving forward with large 3500 MWs,  The only loser in this view shed issue fight will be the Maryland business community. As a reminder, the MD PSC requires both developers to spend $1.8B in state spending, spurring the creation of almost 9,700 new direct and indirect jobs and contributing $74 million in state tax revenues over 20 years.

Ocean City uses the argument that they will lose tourists and property will be devalued when the offshore wind project goes forward. Many years ago, OC along with other municipalities felt the same way when the State was going to ban smoking in restaurants.  Obviously, the economy continued to thrive.  Block Island tourism economy has not been damaged from the Block Island Wind Farm. In fact recreational fishing is thriving. Check this out:  https://awea.filecamp.com/public/file/2d2f-dbj8mbdu

Mark your calendar and make plans to join your union brothers and sisters! 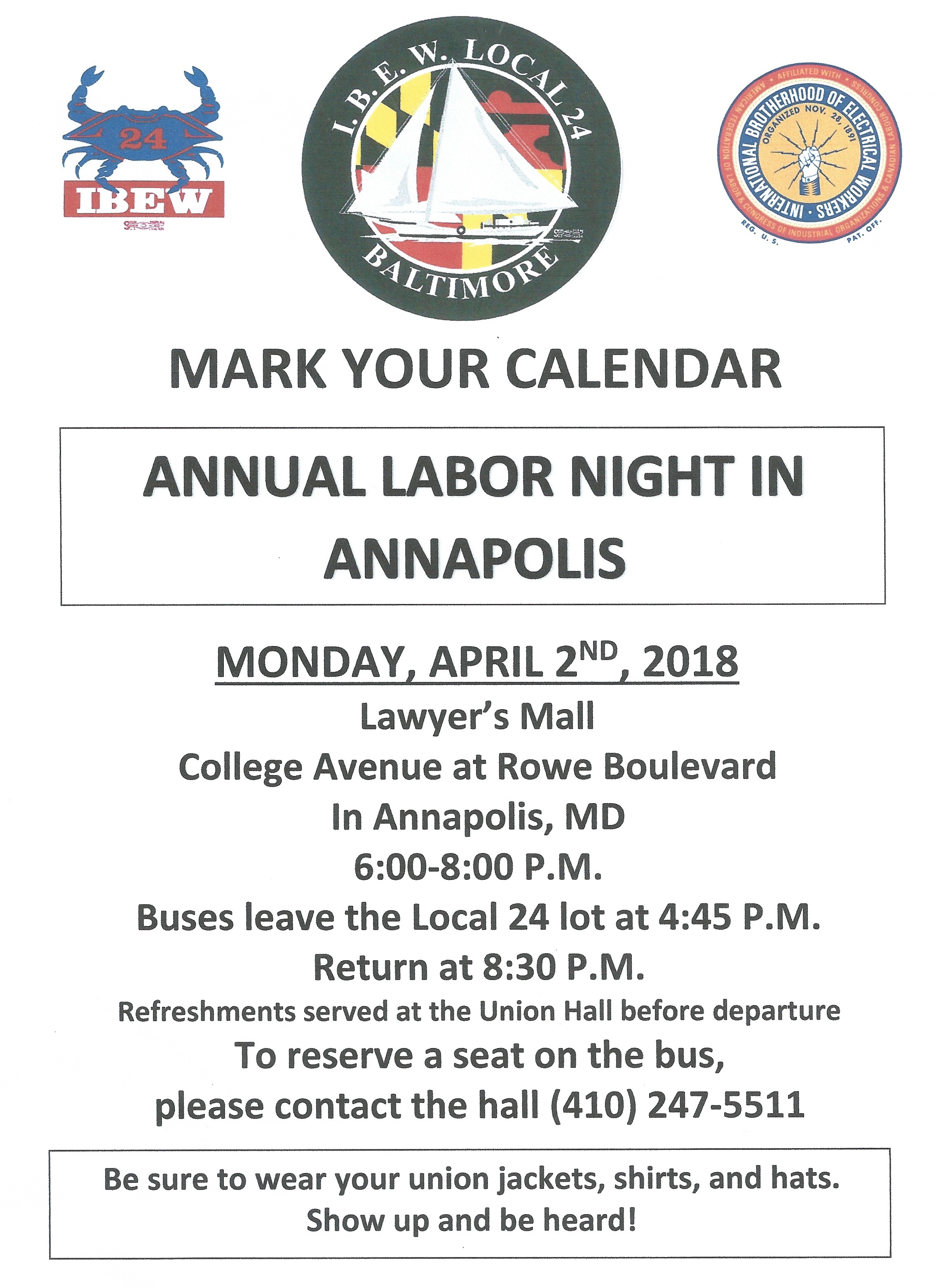 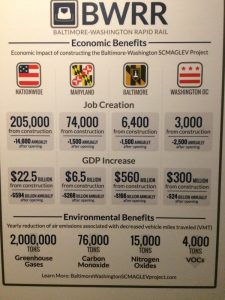 The following bills are being heard TOMORROW, Thursday February 15, 2018 in the House Environment & Transportation Committee. Please contact the committee members listed below and tell them that we support  the Maglev project and the 74,000 jobs it will bring for our members and our community.

According to Jeff Guido of the Baltimore DC Building Trades, these “bills are intended to slow down and impede and create obstacles for the project to the point it becomes impossible to proceed through the red tape.”

HB 638 (SB1005) – Requiring a county, before the transfer of an asset of the county as part of the development of a high-speed transportation system that passes through the county, if the asset is located in a municipality, to negotiate a certain written agreement with the municipality concerning the approval by and financial remuneration to the municipality.

LOCAL 24 MEMBERS NEEDED to come out for a Building Trades rally on Monday, February 12 at 6 PM in Annapolis on Lawyers Mall. Call the hall at 410 247-5511 if you can attend, and come out wearing your union gear to show your union pride!

Local 24 IBEW and the Baltimore DC Building Trades want to make sure the high speed Maglev train from Baltimore to DC is union-built. The project has the potential to provide quality training and lasting careers for the people in our community.