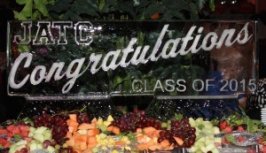 Where do the best new electricians come from?
They come from a union apprenticeship program!

Local 24 congratulates the newly-minted Journeyman Wiremen in this video, who “topped out” this year. May they enjoy a long, rewarding career in the electrical industry, and stay safe on the job and off.

The members of the Summer 2015 graduating class of the Joint Apprenticeship and Training Committee program for the Maryland Electrical Industry are:

The Joint Apprenticeship & Training Committee for the Maryland Electrical Industry is sponsored by IBEW Local 24 and the Maryland Chapter of the National Association of Electrical Contractors.

View photos from the graduation ceremony below and learn more about our training opportunities here. 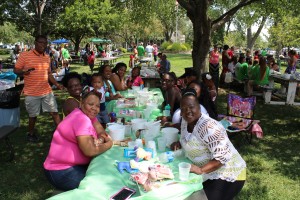 here was something for everyone at Local 24’s Family Picnic, held on Sunday, August 9, 2015 at Conrad’s Ruth Villa. With the waterfront, tree-filled location, there was a nice breeze and a place for the bold to go swimming. The event included activities for all, including music, a bingo pavilion, inflatable attractions and games for kids of all ages, arts & crafts, face-painting, and horseshoes, as well as a variety of food and drink.

If you and your family didn’t make it this year, be sure to plan on attending next year. In the meantime, enjoy the photos (below) from this year! 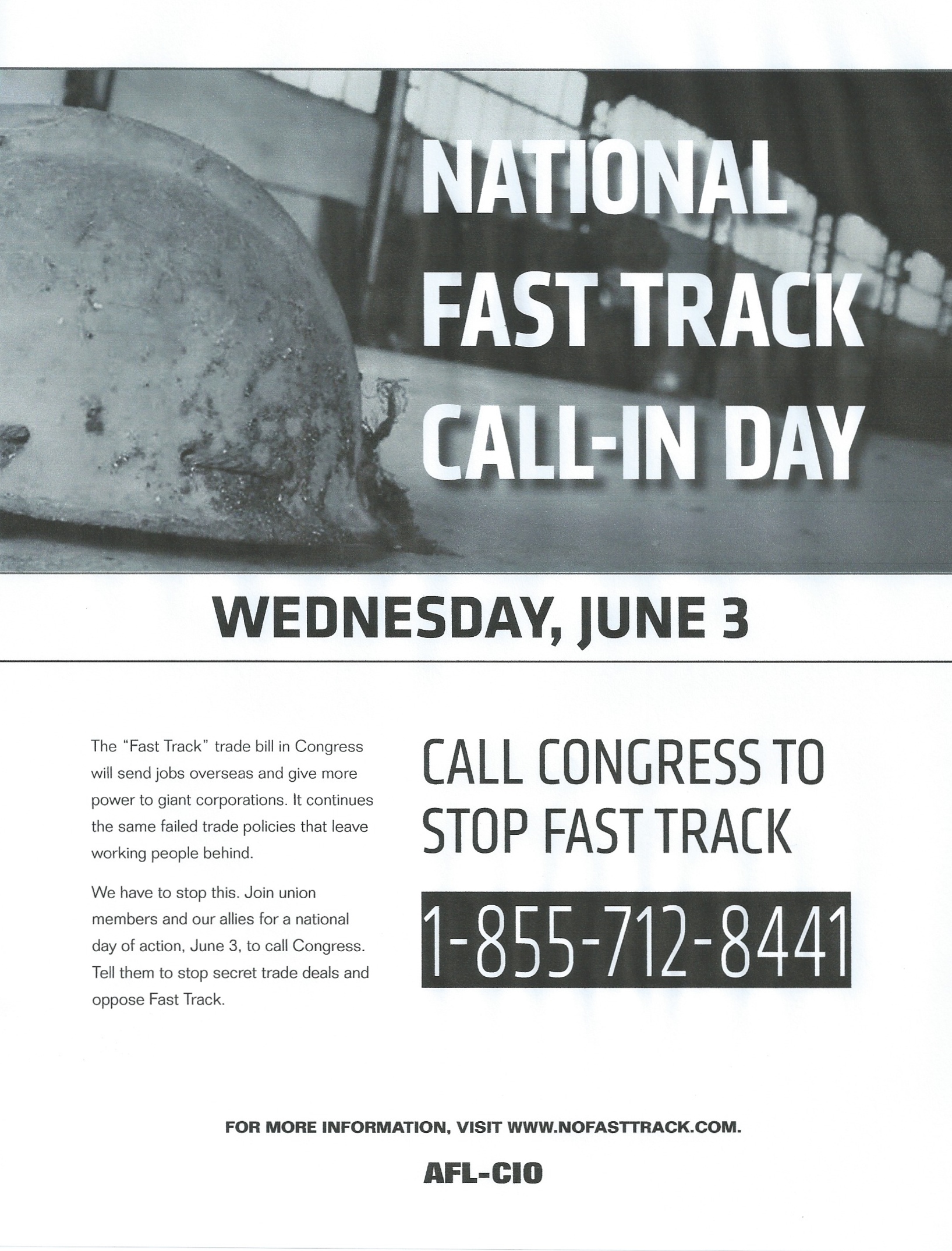 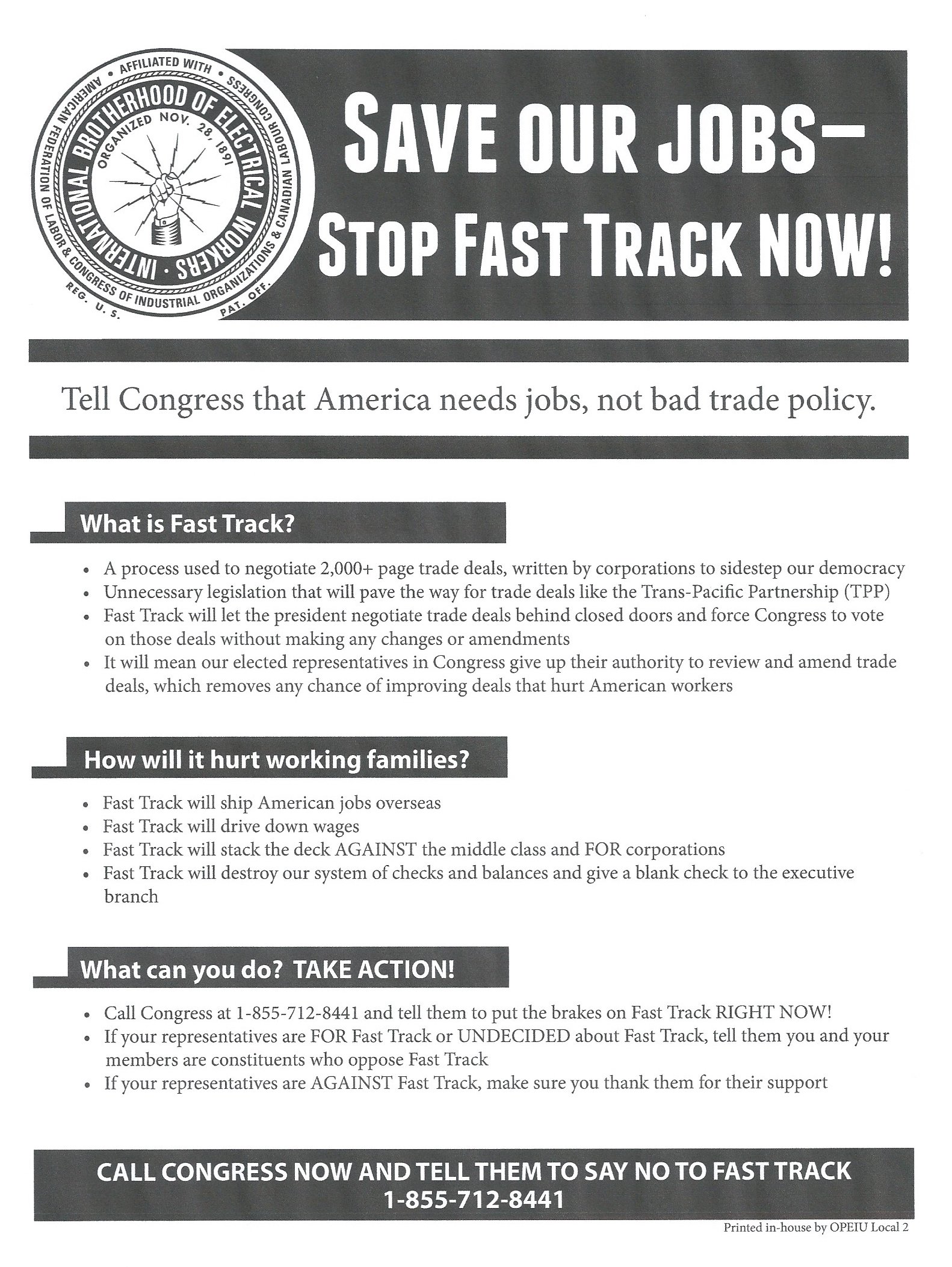 Use this tool if you prefer to email your Representative to say NO! to Fast Track for any trade deals.

After delays and continued secrecy, Fast Track legislation has been introduced in Congress. Fast Track will make it easier for bad trade deals like the Trans Pacific Partnership (TPP) which will ship American jobs overseas, and drive down wages; it will stack the deck against good jobs and the middle class.  We need members of Congress to stand with us in opposition to this bad bill and urge your elected representatives to vote NO on Fast Track.  It’s been introduced in the Senate already – S.995 — and it’s about to be introduced in the House;  we could see a vote on Fast Track in just 10 days from now.

Attached is a flyer on Fast Track, with a call-in number to reach your member of Congress – please make sure your local is engaged on this issue, and work with your business manager to distribute this flyer and ask members to take action right now by calling Congress.  We will be in touch early next week with more information on what IBEW members can do to help stop Fast track, and stop TPP.  Please contact us with any questions.  Thank you. 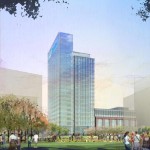 The City of Baltimore passed a local hire law effective December 31, 2103 (Council Bill 12-0159). That law applies to city contracts of more than $300,000, and to projects on which the city provides more than $5 million in subsidies. Contractors awarded contracts on covered projects must fill at least 51% of new hires with residents of Baltimore City. 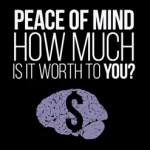 Peace of mind: how much is it worth to you?

That is the overall message of IBEW Local 24’s new promotional video which focuses on our apprenticeship and workplace standards. Local 24 prides itself on being the best-trained and most-qualified workforce in the Baltimore area and the entire Eastern Shore in order to allow area contractors to have nothing but the utmost confidence in the workforce we supply them.

“The bar is set pretty high when we employ both journeymen and apprentices,” says Bill Malstrom, executive vice president of Malstrom Electric, “because we know Local 24 and the Joint Apprenticeship Training Committee set very high standards for its apprentices.”
Work that is done right, on-time and on-budget…that’s the IBEW Local 24 way. View our latest video for yourself below and learn more about our training opportunities here. 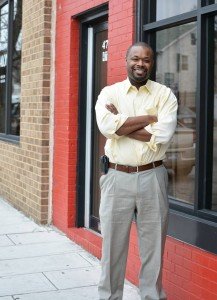 Cory McCray, an organizer with IBEW Local 24, was elected to the Maryland House of Delegates from the 45th District earlier this month.

Throughout his campaign, Cory stressed the importance of strengthening union apprenticeship programs in order to ensure city residents have the necessary skills to do the jobs that are coming to their neighborhoods.

Besides being a vital member of Local 24, Cory is a community leader in Northeast Baltimore’s Overlea neighborhood. Along with other community leaders, he formed the BEST Democratic Club to encourage young people in East Baltimore to get involved in politics. The group now has more than 500 members.

Cory defeated five challengers in last June’s primary  by “combining a broad outreach strategy focused on social media for younger voters and a more targeted effort for long-term, older voters,” according to The Baltimore Afro-American.

All of us at Local 24 would like to thank all the members, friends and family who have supported this campaign – we know Cory will work hard and make our community proud! 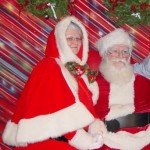 As if the East Coast’s first snow of the year wasn’t proof enough, the holidays are rapidly approaching!

This event is open to all children, grandchildren and great-grandchildren of active and retired members of Local 24. The festivities will include visits and photos with Santa, a toy for every child, puppet shows, appearances by Rudolph and Frosty the Snowman, and fun for the whole family.

We hope to see you and your families there! 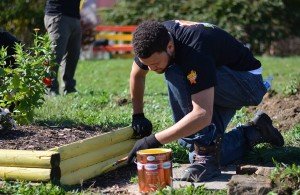 On October 18th, IBEW locals across the country participated in neighborhood improvement projects during the “IBEW Day of Action.”

Members of Local 24 joined the McElderry Park Community  for a “Day of Action” to help revitalize a local, historic neighborhood located in the East Monument Historic District. Over 50 volunteers joined together to clean the alleys, trench a new drain for the community center, trim back the trees from the community center, paint the flower beds, and prepare the community garden for winter.

Local 24 would like to thank Senator Mikulski’s office for joining our “Day of Action,” as well as McElederry Park Community Association President Glenn Ross and all the volunteers that gave up their time to empower the community.

At every opportunity, IBEW Local 24 works to give back to our communities that have supported us for over 100 years.

More photos from the day’s events can be viewed in our photo gallery on Facebook. 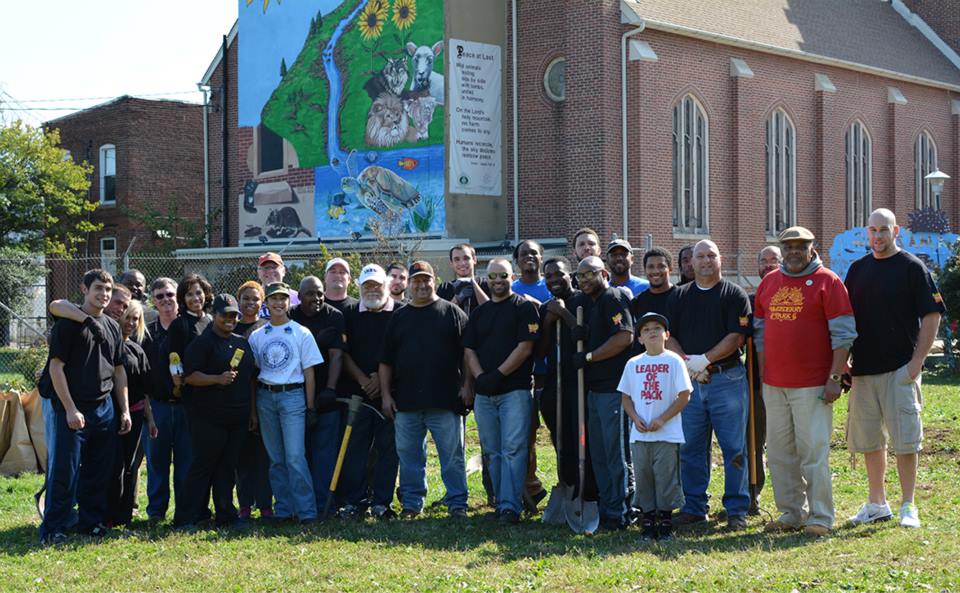